Maybe you've been there: you open a bathroom cabinet, and at the back is some product that you bought a long time ago and forgot about. Depending on how much you spent on it, you might want to use it. If it's shower gel, will it last forever? Or does it expire? We've researched this question and have come up with the answer.

Most shower gels will last at least twelve months after being opened and will be marked with a PAO (period after opening) label on the container. You can expect the shower gel to expire after three years if it hasn't been opened. Once the shower gel expires, it isn't necessarily dangerous to use but will begin losing its effectiveness.

We want to make sure you stay safe and get the most out of your purchase. So we've put together this guide to help you understand why shower gel expires, what that means, and how to tell whether or not it's safe to use. Keep reading for all the details! 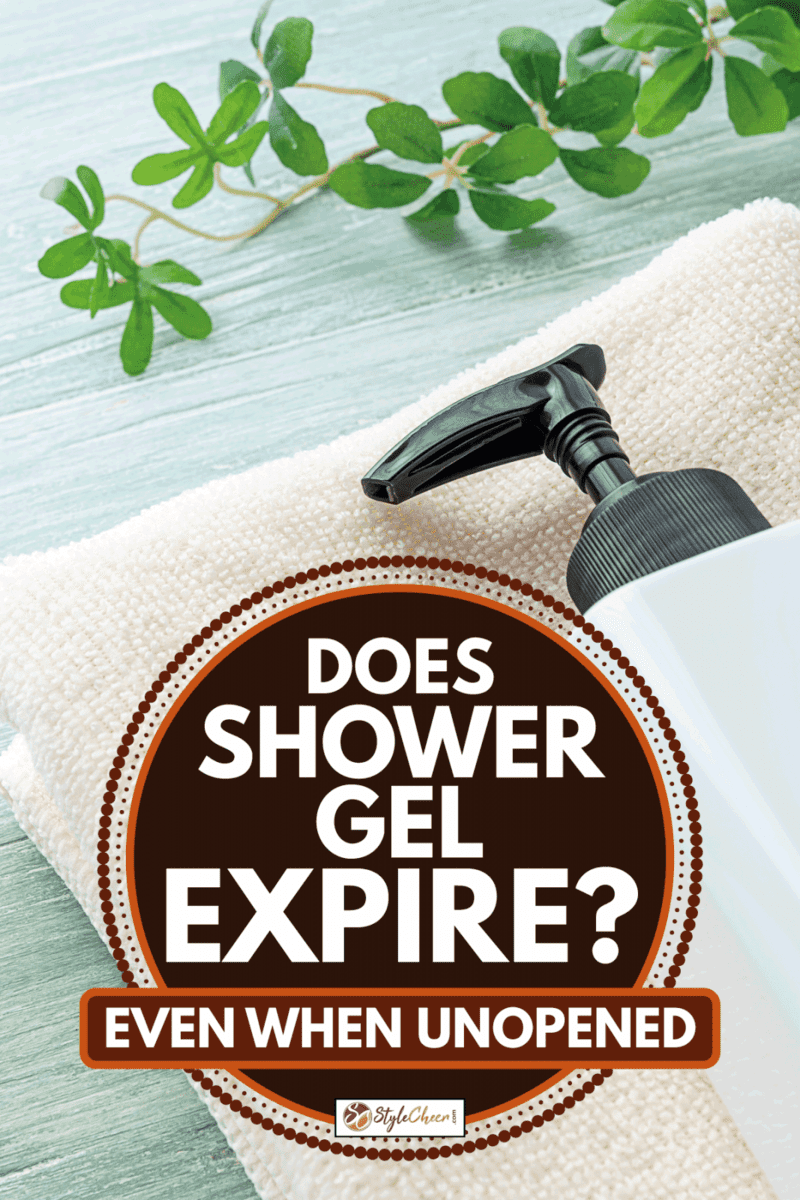 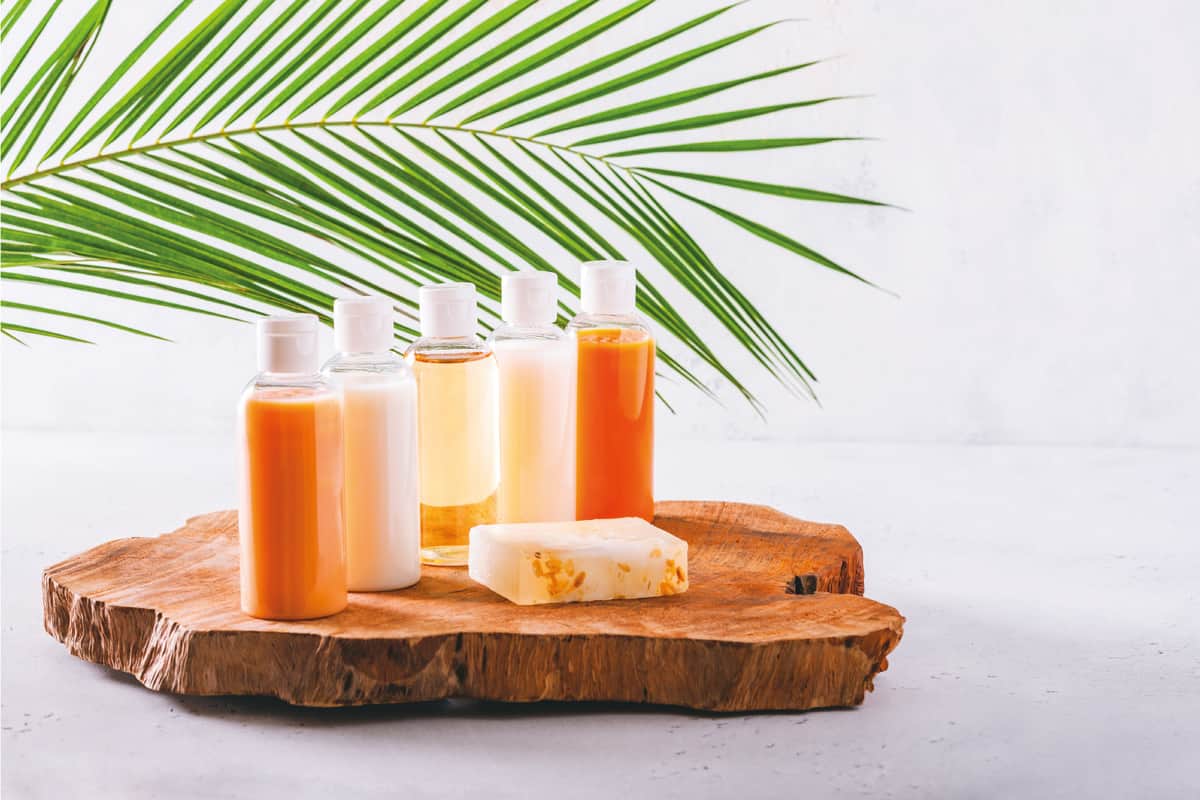 Shower gel expires at different rates, depending on the ingredients and whether or not they've been opened. Here are more details on why and how it expires.

Most shower gels -- and many other bathroom products -- will last 3 years if they haven't been opened. This is because the seal keeps bacteria and excessive moisture out, and prevents ingredients in the shower gel from evaporating. However, even if you never open it, there might be an irreparable separation of the ingredients, or the scent might have lost its power.

This period is considerably shorter for shower gels that are made out of completely natural ingredients. These natural ingredients, which might be helpful to your health and better for the environment, aren't designed to last forever. Most store-bought shower gels, however, will have some sort of preservative element.

If you've opened your shower gel, it immediately starts aging. Once the seal is broken, bacteria can get in and can begin breeding if you let it. Plus, ingredients begin evaporating and the aging process begins.

As with unopened products, natural shower gels will age more quickly. The natural oils and products don't last forever. This will generally be reflected in the printed PAO.

Here are a couple of shower gels with a twelve-month PAO:

To make your opened shower gel last longer, store it in a cool, dry location. Make sure it's sealed whenever you aren't using it. Try drying it off before you get out of the shower so that the water isn't sitting on it or in it for too long.

Is It Okay To Use Expired Shower Gel?

If you've had your unopened shower gel for more than three years, or if you've opened it and it's past its PAO, your safest bet is to throw it away. That's the only way to guarantee that the product hasn't gone bad. However, expired shower gels probably won't harm you; they'll just be less effective. Here are a few of the top things you may notice about expired shower gel:

Change Of Consistency Or Color

The clearest sign that your shower gel is past its usefulness is that it has changed consistency or texture, has separated, or has dried out. If any of these things have happened, go ahead and throw it away. This means that one or more of the ingredients have evaporated or become useless.

Is your shower gel bottle clear? Then check for dark orange spots. This is what happens when the oil in the gel goes bad, and it means your gel is past its point of usefulness.

Another important way to tell whether or not your shower gel is unusable is by whether or not it creates a lather. If you scrub and scrub but it keeps its oily feel or just rinses away, it has lost its efficacy. This is a sign that the surfactant detergent has lost its power.

Of course, if your shower gel has visible mold or smells rotten, throw it away without using it anymore. This could be dangerous to your health. This is common in natural products, such as those with essential oils.

How Much Shower Gel Should You Use? 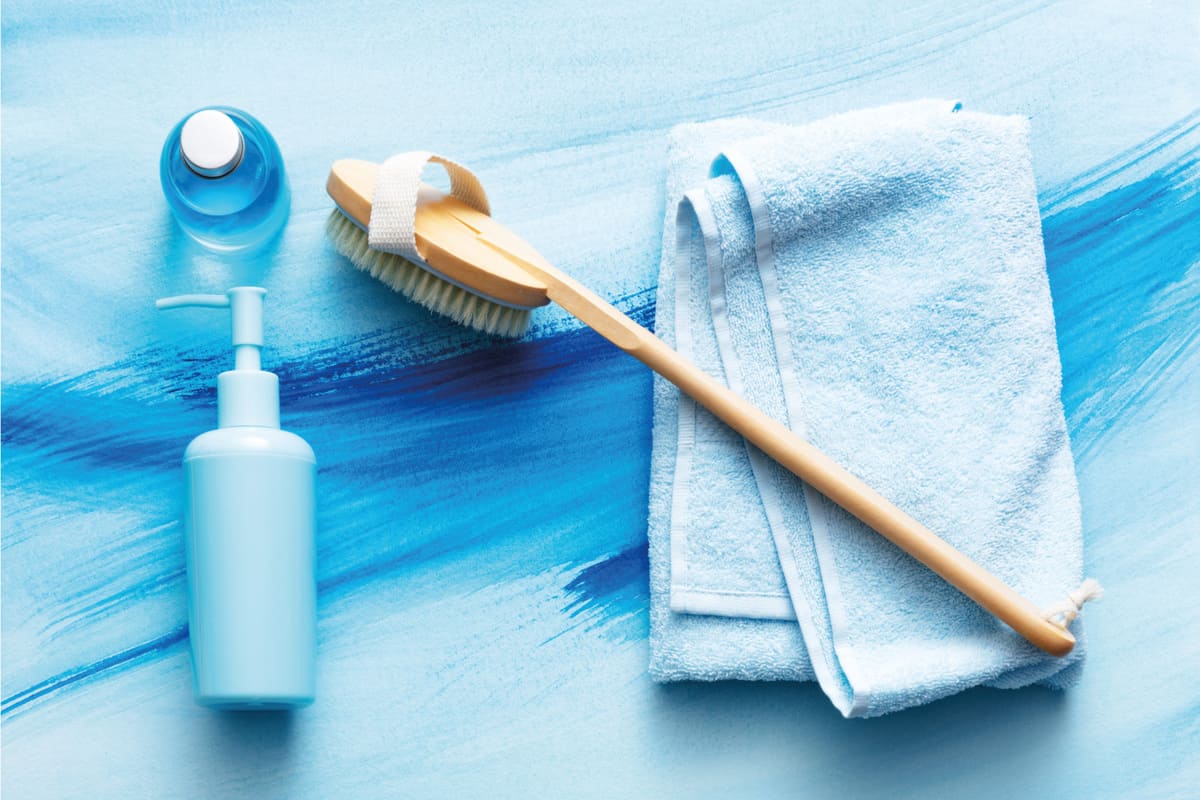 You should be able to clean your entire body with about a quarter-sized portion of shower gel. If you want to be precise, this is about one or two tablespoons. Using too much shower gel can leave you at risk of stripping your skin of too much oil, drying it out.

Some shower gel bottles will recommend that you use a certain amount of product. Keep in mind, though, that the manufacturer wants you to use as much as possible so that you run out more quickly and have to buy more. Try using a washcloth, loofah, or pouf to apply the shower gel if you're having trouble making it last over your whole body.

Now that you have your favorite application tool, read this article about how to use it: How To Use Shower Gel (With And Without A Loofah)

Is Shower Gel Better Than Soap?

Shower gel is considered to be a great replacement for typical soap. The reasons for this are both logistical and scientific. But in general, the choice is based on personal preference.

Soap and shower gel work in pretty much the same way: they have surfactants that break up the dirt, grease, sweat, and bacteria on your skin. Then, the water can rinse these things away. This is more effective than just water, but can also decrease the amount of natural moisture on your body.

When a bar of soap cleans your skin, it strips away all the natural oils but doesn't replace them. Shower gel, on the other hand, contains a few emollients to help your skin feel moisturized after you wash. Emollients are designed to soften and smooth out the skin, sealing in the moisture.

While shower gels don't contain as many emollients as body wash, they have a higher concentration than a bar of soap. Here are some shower gels that are plenty moisturizing.

Even though shower gel is more moisturizing than a bar of soap, is it moisturizing enough to be used on your hair? Check out this article for more info: Can Shower Gel Be Used As Shampoo?

Sanitary And Easy To Use

Do you share soap with other people? If so, shower gel is better than a bar of soap. It's more sanitary because you pour the gel out onto whatever you'll use to apply it to your body. To use soap, on the other hand, you have to scrub the bar on a washcloth, loofah, or directly onto your body. This transports more germs than shower gel.

From a purely convenient point of view, shower gel is better than soap. Soap remains sudsy, so when you set it down, the suds get everywhere and remain on the surface, causing soap scum. Shower gel is less messy and easier to store.

Unopened shower gel will typically last three years. Opened shower gel, on the other hand, begins a countdown based on the PAO listed on the bottle. Using expired shower gel might not cause you harm, but it might not be as effective. If you're unsure, go ahead and throw it away to be safe. As always, be careful whenever you use a product on your body.

Should You Moisturize After A Clay Mask?

How To Use A Face Cleanser Brush

How To Remove A Charcoal Mask