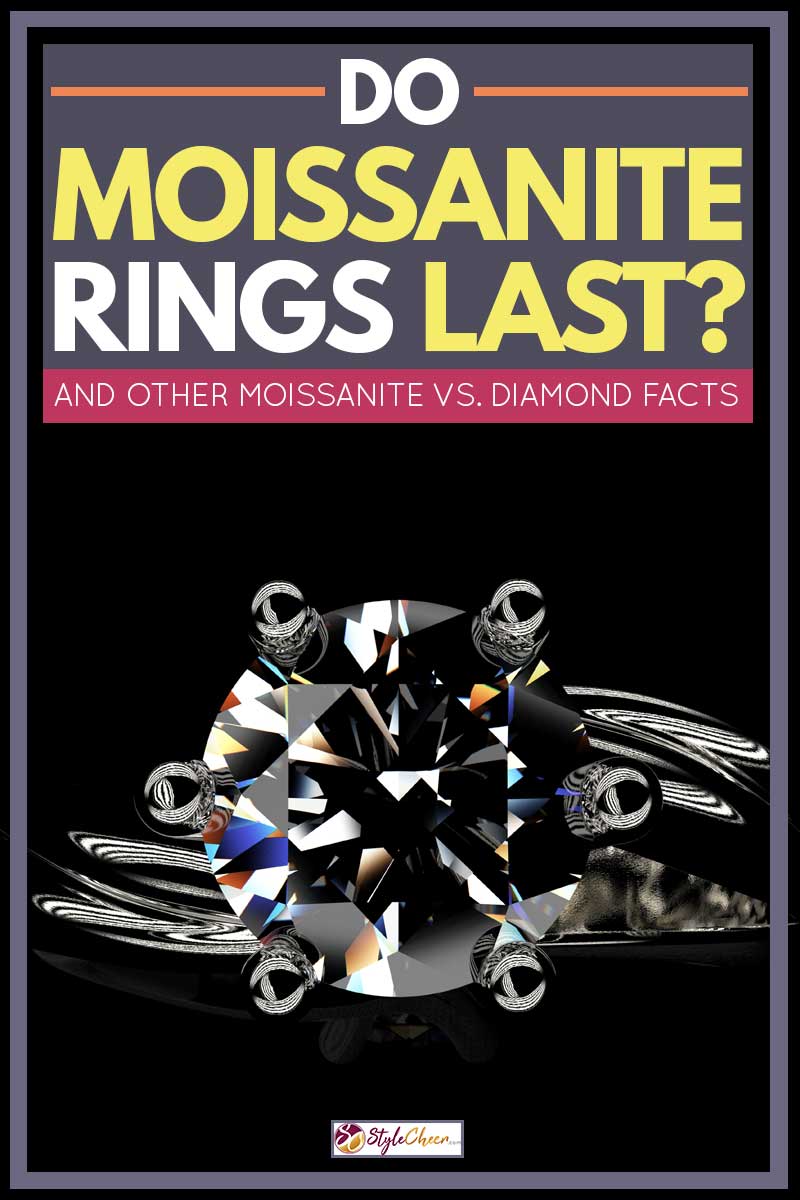 Moissanite is a rare and naturally occurring mineral. It’s also a synthetically produced material used in a variety of applications, including gemstones. The synthetic gem is a popular choice of stone used in designing rings, especially engagement rings. But, do moissanite rings last? We have researched to find the answer to this important question.

Rings crafted with moissanite gems will last a lifetime. Moissanite is made from silicon carbide, which is a durable material with properties like diamonds. A moissanite stone is almost as hard and durable as a diamond.

If you are jewelry shopping and wondering if a moissanite ring is right for you, keep reading. In this post, we’ll explain the history of moissanite and how it compares to diamonds.

Moissanite was discovered in the late 1800s by the French chemist Henri Moissan while examining samples from a meteor crater. Originally thought to be a diamond, the crystal discovery turned out to be silicon carbide and was later named after Moissan. Around the same time, Edward G. Acheson, an American chemist, had successfully re-created silicon carbide in a lab. For the next few decades, this durable and artificial material was used in the semiconductor industry.

In the late 1990s, a company called Charles & Covad began designing jewelry with synthetic moissanite. The “real” moissanite is extremely rare as it’s found in meteor craters, hence the nickname “stardust.” Today, moissanite rings are a disrupter in the jewelry market. Rings created with moissanite are comparable to diamonds but are available at a fraction of the price. And, moissanite is an eco-friendly jewelry choice that has become popular in engagement rings.

Though similar to a diamond ring, you can appreciate a moissanite ring for its unique qualities.

Moissanite looks like a diamond. Rings created with moissanite stones look like rings diamond rings. There are even rings that you can buy in the marketplace that features a moissanite stone flanked by smaller diamonds. For each gemstone, the quality matters. There are plenty of diamonds that won’t look nearly as nice as moissanite. And the same can be said for moissanite—they might not always look as magnificent as diamonds.

Even though moissanite and diamond rings can look alike, they aren’t composed of the same elements. There are differences between the gemstones. Some of the differences might be noticeable. Let’s look at the two gems by price, hardness, color, and brilliance.

Moissanites generally cost less—a lot less—than diamonds. According to The Diamond Pros, consultants in the diamond industry, moissanite is not measured in carats. A typical comparison can be made by estimating the size of moissanite vs. the carat of a diamond. A half carat diamond can fetch about $1,000 while similarly, sized moissanite might sell for about $500.

Keep in mind, the higher the quality of either will sell for a higher price. And, a better quality moissanite ring may cost more than a lower quality diamond ring.

The Mohs scale measures and classifies gemstones by their hardness. A diamond measures in at a ten and a moissanite measures in at a 9.25. Not a big difference, right? Both are extremely hard and durable stones perfect for wearing every day. Unless you plan to take a blow torch to your ring, you won’t notice a difference.

The clearness of the stone defines a diamond’s brilliance. It’s measured using a scale from the Gemological Institute of America (GIA). The scale starts at D, where diamonds appear colorless. And, the scale ends at Z where stones are yellow. The less color in the stone, the more expensive the diamond.

According to Brilliant Earth, a company that sources ethically responsible jewelry, moissanite is colorless. But, in natural light, moissanite might project a yellow or gray hue.

The Diamond Pros state moissanite “resemble the K grade on the GIA Diamond scale.” If you shop around, though, you will find many manufacturers are producing truly colorless moissanite that is closer to D on the GIA scale.

Moissanites hands down have more sparkle or fire than a diamond. But, it’s a different kind of fire and brilliance. The light refracted from moissanite won’t be as white as that of a diamond. And, in a particular light, moissanite can cause a rainbow-like effect that might be a fun factor for some but not others. And, the larger the moissanite, the more likely it won’t be clear. But, the extra brilliance from a larger stone might be preferred.

Can You Tell The Difference Between Diamond And Moissanite?

To the naked eye, at least for an average person, it’s difficult to see the difference between a diamond and moissanite. But there are a few pretty obvious characteristics.

Does Moissanite Lose Its Sparkle?

Moissanite stones have a lot of sparkles, and they won’t lose it. The fiery gem has more glimmer than a diamond. And, according to Frugal Rings, a company that studies jewelry trends, the sparkle might be too much for some folks. They suggest cleaning your ring less frequently to tamp down the “fire.” But, even dirty moissanite will continue to shine.

Will Moissanite Go Up In Value?

While we can’t say that it won’t ever happen, likely, moissanite won’t go up in value. Moissanites are grown and manufactured in a lab. It’s a gorgeous stone designed into elegant jewelry, but it’s still manmade. And as long as there continues to be a market for moissanite, there will always be a supply. Charles & Covad’s patent on moissanite expired in 2015. More producers and jewelry designers are moving into the space. Competition is usually a good thing, but perhaps not if you are hoping to see your gems increase in value.

And, in case you are wondering about the value of your diamonds or your diamond ring—they won’t necessarily go up either.

Like most material goods we buy, the resale value will be less than the original purchase price.

Now, if you are lucky enough to have the moissanite that came from space, that’s another story.

Wearing a gem created in a lab doesn’t sound sexy—but the result is dazzling. You can get all the same perks of a diamond, the color, sparkle, and durability without mining. It’s an eco-conscious choice that can be obtained at a fraction of the price.

Moissanites Stand The Test of Time

Moissanite rings will last you a lifetime. We’ve covered it in the post, but it’s worth repeating: moissanite is a strong and durable stone. If you own or have owned a diamond ring, you know that it can take the beating that comes from wearing it every day. Your moissanite ring will do the same.