Knot rings are undoubtedly a beautiful and popular style of jewelry, but perhaps you’d like to find out more about the meaning they hold.  Learning about the differences between various types of knot rings, the meaning behind each one, and their history can help you confidently choose a ring that captures the message you would like to convey.  We’ve researched the rich history and traditions of knot rings, and we’d like to share what we’ve found with you in this post. 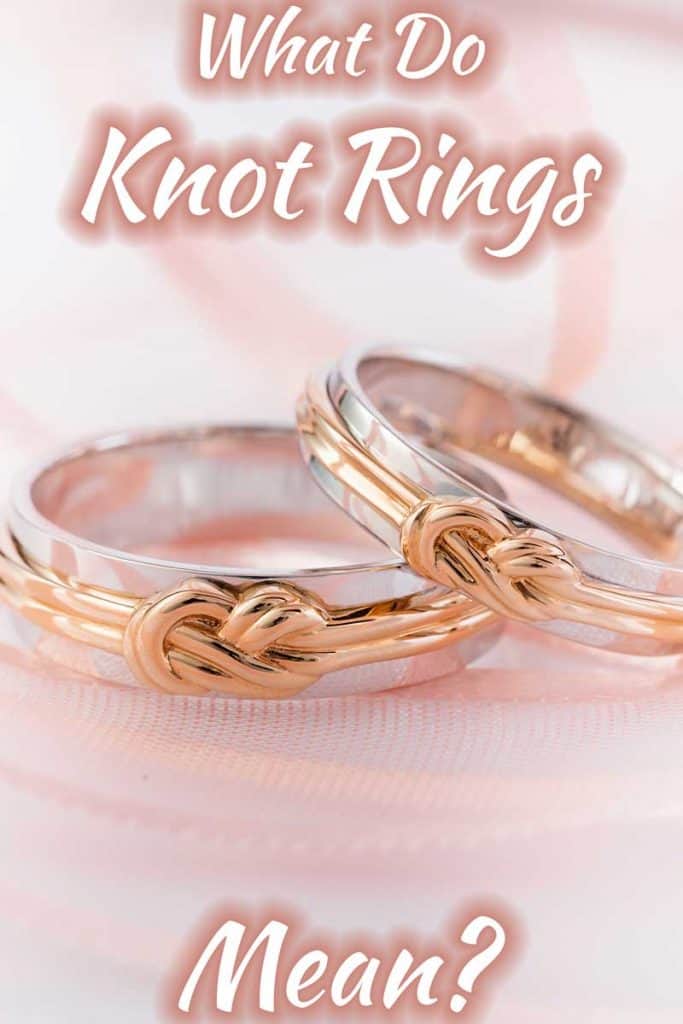 While the precise origins of knot rings are unclear, they have been found throughout the world in a variety of ancient cultures including Celtic, Greek, and Egyptian. Although they’ve held multiple meanings over the course of history, they are most commonly used as a symbol of eternal romantic or platonic love.

So, What do Knot Rings Mean?

Knot rings have been used but various cultures over time as a means to express love and friendship.

What Does a Double Knot Ring Mean?

The double knot ring appears to have originated in the ancient Celtic civilization, although they also seem to have been used in Scandinavia and Britain.  Made from two strands of metal forming a knot, these rings were often used in wedding ceremonies to signify two becoming one. It is a classic design that captures the idea of unity, while the continuous shape of the ring symbolizes eternity.  The two images combine to produce a powerful symbol of eternal love.

What Does a Celtic Knot Ring Mean?

Celtic knot rings, which originated in ancient Ireland, are all created from a continuous loop of metal.  They can be found in many different designs, all with their own special meanings that usually involve eternity, infinity, and love.  Some of the most popular include:

This ring features three spirals that signify fire, earth, and water, all made from the same piece of wire and arranged in a triangular formation.  This knot pattern celebrates eternity and the unity found throughout nature.

In the shape of a triangular knot, this ring symbolizes ancient Ireland’s respect for the parts of life that come in threes, such as three realms (earth, sea, and sky), three stages of life (birth, adulthood, and old age), or the three elements recognized by the ancient Celts (fire, earth, and water).  It has also been used to symbolize the Christian concept of the Trinity (Father, Son, and Holy Spirit).

This ring design looks like two interlocking hearts and has been used as a part of wedding ceremonies for centuries.  This is a beautiful ring that very clearly illustrates the concept of undying romantic love through the motif of two hearts bound together.

This type of ring looks like two ropes woven together and is inspired by the knot rings made by sailors who were separated from their loved ones for months.  The strength of the two ropes, combined with the imagery of eternity found in the ring and love found in the two strands joined together, makes this knot ring a powerful symbol of the strength of love and fidelity.

What Does the Infinity Knot Ring Mean? 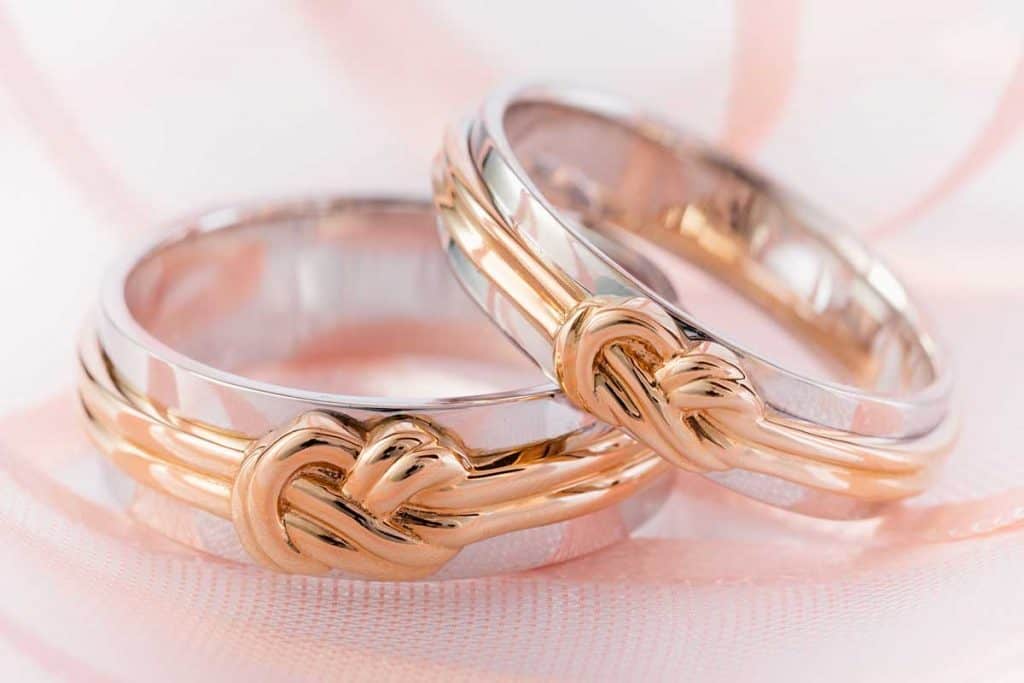 The infinity knot ring signifies eternity, both as a concept or as part of the idea of eternal love.  This style of knot has been found in many different cultures and depicted in a variety of ways.  For example, the ancient Greeks used Ouroboros, the image of a snake biting its own tail, to symbolize immortality, eternity, infinity, and regeneration.

The version of the infinity ring most commonly used in modern times, however, looks more like the infinity symbol used in mathematics or a sideways number ‘8’.  As one of the most versatile knot ring designs, infinity rings can be used to symbolize romantic love, the connection between close friends, or as a reminder of the eternal nature of the cosmos.

What Does the Friendship Knot Ring Mean?

A friendship knot ring looks like a single strand of metal with an open knot in the middle.  This style of ring has been used for hundreds of years to signify friendship. The single strand with a knot symbolizes an eternal bond between individuals, unlike the double knot ring that symbolizes romantic love between two people who have been bound together.  This style of ring has also been traditionally used as a promise ring since the open knot implies that it will eventually be closed by marriage.

Rich in History and Culture

Knot rings have a rich and fascinating history that spans centuries and a variety of countries and cultures, and their symbolism is still meaningful in the present day.  We’ve given you an overview of the meanings behind the most popular styles of knot rings so that you can select the ideal ring for yourself, a loved one, or a special occasion with knowledge and confidence.