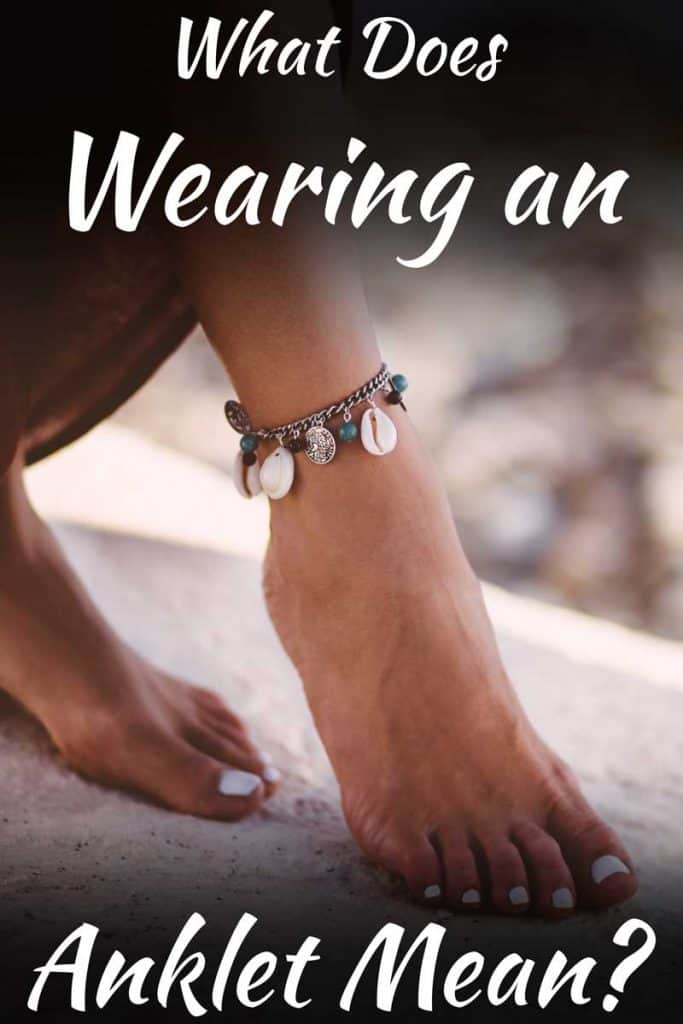 Seems like a pretty innocent question, huh? In this day and age, particularly in Western culture, anklets aren’t typically worn for reasons other than because the wearer likes it. But like most jewelry, the history of anklets actually dates back to ancient times. We’ve combed through a multitude of accounts regarding the various meanings of anklets throughout history. Check some out below!

We’ll tell you now, over the years anklets have held a variety of meanings within different cultures and religions. They were typically worn by and associated with women, with usage most prominently recorded in ancient Egypt and ancient India. In Egypt, anklets often indicated a woman’s social status. Meanwhile in India, anklets were more likely to serve as an indication of a woman’s marital status. In western culture today, anklets don’t tend to hold much meaning, though some rumors have linked anklets to an indication of a woman’s sexual desires.

Those are some vague and differing reasons, we know. Our research has made it clear that the meaning behind wearing anklets varies widely from location to location. Keep reading to learn more about anklets in different cultures! We answer some specific questions below.

So What is the Symbolic Meaning of Wearing Anklets?

Let’s talk details. Throughout history, both Egyptians and Indians have been recorded wearing anklets in their day to day lives. So why did they mean what they did?

We mentioned above that the Egyptians may have used anklets as a means of demonstrating social status. Various sources disagree on whether denoting social status was an intentional purpose of the anklets or merely a side effect. Social status could be determined by the materials crafting an individual’s anklet. Women (and sometimes men) of all social classes wore forms of anklets, with upper class citizens often brandishing silver or gold anklets, and those of lower status wearing cheaper metals, leather, or perhaps anklets crafted of shells which served as amulets. 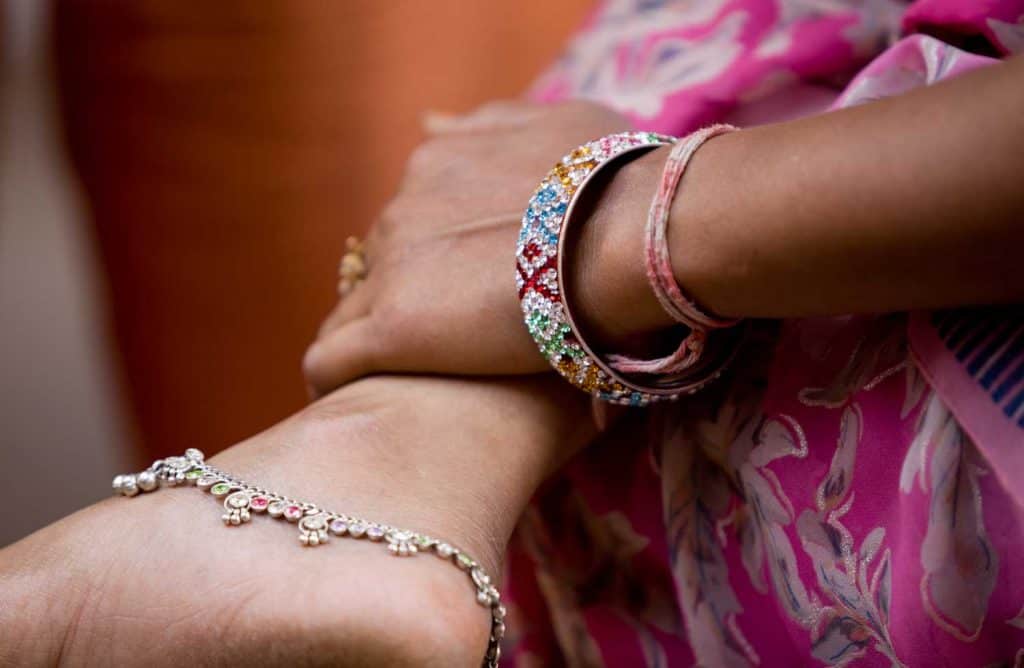 Anklets, and the materials that crafted them, served various purposes in the Hindu religion. It was common for anklets to have bells and charms on them which made noise, signifying to men when women were approaching and essentially alerting them to behave and be respectful. Both married women and unmarried girls may have worn anklets of this nature.

Fascinatingly, the metals which adorn the feet are heavily regarded in the Hindu religion. Silver is the most common metal used, and it is almost never gold. Gold is sacred in India, and to wear it on the feet, so close to the ground, would be considered sacrilegious.

What Does it Mean For Women to Wear Anklets?

We mentioned that Indian women often wore anklets to show marital status or lack thereof. Anklets, known as “payal” in Hindi, were a traditional gift to new brides, gifted to them upon first arrival at their new husband’s home. However, unmarried girls may wear them as well, showing their courage and pride. Unmarried girls’ anklets were sometimes recorded to have more bells and beads that jingled, attracting the attention of men. Some married women’s payals have been recorded to be decorated similarly, though.

In western culture, anklets don’t tend to signify much for women, at least not in any widely known way. There are various accounts of anklets signifying sexual preference and desires. For instance, a few accounts have noted anklets symbolizing a married woman who is still open to sexual relationships with other men (without objection from her husband). These claims are few and far between.

What Does it Mean For Men to Wear Anklets? 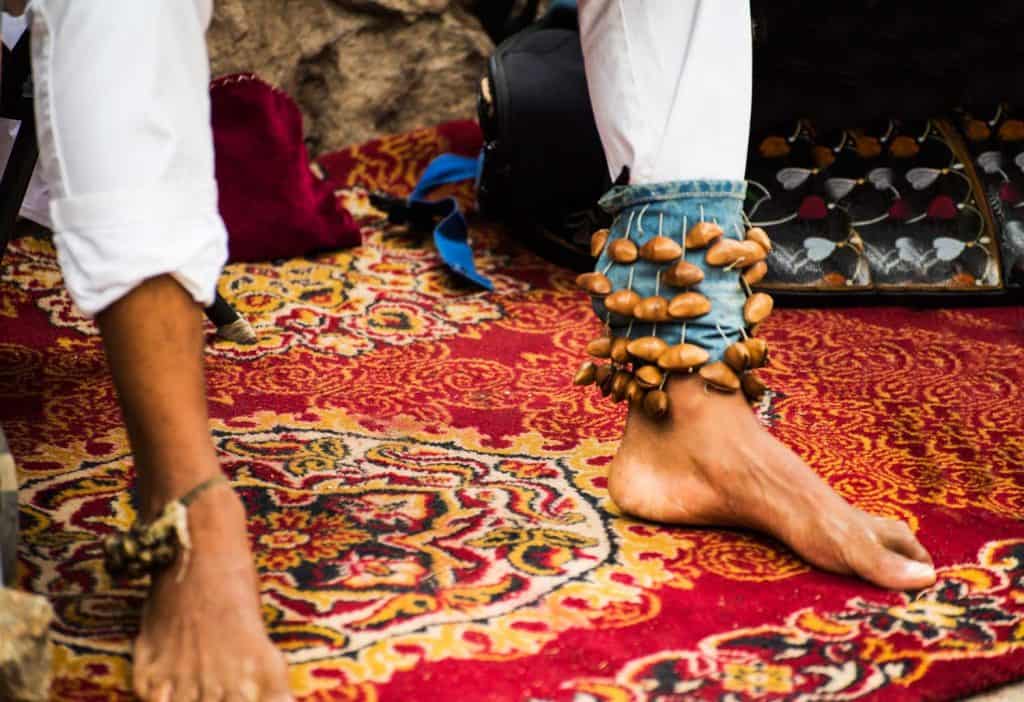 Man, we were aching to find some symbolism behind dudes wearing anklets! But all of our research has connected anklets back to women. It is noted that men, particularly in ancient Egypt, sometimes wore anklets as well, but no reason other than noting social class has been widely recorded.

Is it a Sin to Wear An Anklet?

There is very little, if any, research showing a history of anklets being regarded as a sin in any culture. The only argument for such that we came across in our research stems from the Christian Bible. Anklets are mentioned twice in the Bible, in verses 16 and 18 in the book of Isaiah. But there is no positive or negative reasoning associated with anklets in the Bible. Whether or not wearing one would be considered a sin would depend on the situation and reason for wearing one – and frankly, you could argue for just about anything being a sin based on the situation.

Is There Any Medical Reasoning Behind Wearing Anklets?

Our research regarding medical and scientific uses for anklets comes back to silver. Silver has been recorded to heal wounds, kill viruses, and has anti-inflammatory properties, just to name a few. In the past, many have believed that silver can activate the lymph nodes in the feet. Silver anklets have been thought to protect from ailments like hormonal imbalance, gynecological disorders, and infertility.

Additionally, within Hindu culture it’s believed that the feet and hands are producing energy constantly. So wearing anklets crafted of precious metals like silver prevents the release of energy emanated from the feet. Halting the release of this energy recirculates it back into the body and protects the body from negative environments.

As you can see, the meanings and symbolism of anklets date way back in time, and accounts of such vary widely. From ancient Egypt until now, anklets have been known to signify social class, marital status, and promiscuity, to name a few. Some traditions have carried over today, but it’s also completely acceptable to wear anklets for absolutely whatever reason you like.