Skip to content
Moisturizer; it's a staple product in almost every beauty routine. After all, beautiful skin is hydrated skin. And what easier way than with a good moisturizer? But can you moisturize too much? We've checked with beauty experts and dermatologists for the answer.
In short, yes, you can moisturize too much. While moisturizing is great for your face, overuse can have several negative effects. If it takes more than a few moments for it to absorb into the skin, you probably have too much. This can cause:

Keep reading to learn more on why it's bad to moisturize every day. This article will help you identify if your skin is a victim of over-moisturizing. We'll also cover what you can use to replace your regular moisturizer. Finally, we'll finish with how to take care of skin when it really is too dry. 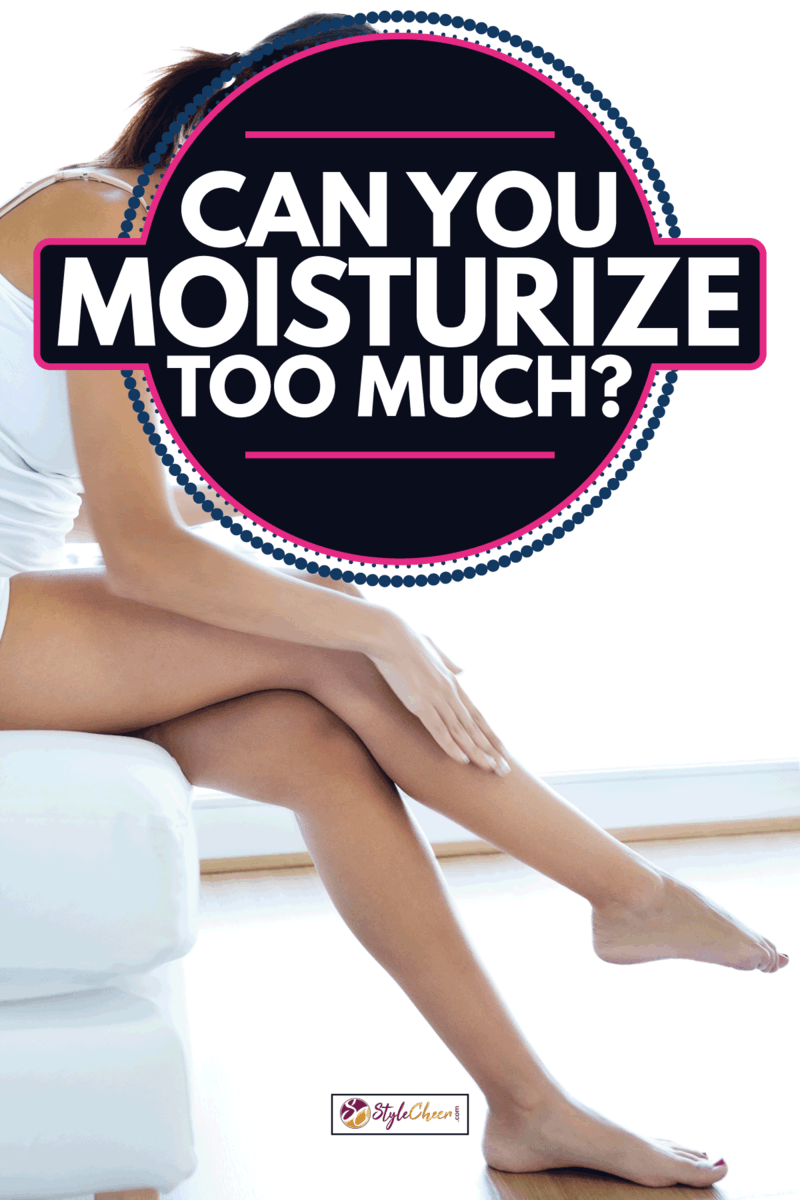 Is It Bad To Moisturize Every Day?

Moisturizing is a basic step in most people's everyday routine. Some dermatologists believe that this, however, could actually do more harm than good. Being dependant on moisturizers every day runs the risk of aging your skin prematurely.

Moisturizer tricks your skin into believing it has enough hydration. As a result, it stops working to keep itself moist. The skin stops producing the nutrients necessary to hydrate itself. This leaves you dry and reaching for - you guessed it, moisturizer. It can be a vicious cycle that actually makes skin worse.

Many dermatologists seem to believe that this is actually the result of old beauty campaigns. Moisturizers were an easy product to sell. The push for moisturizers created the popular assumption that it was a daily necessity. But, not all experts agree. 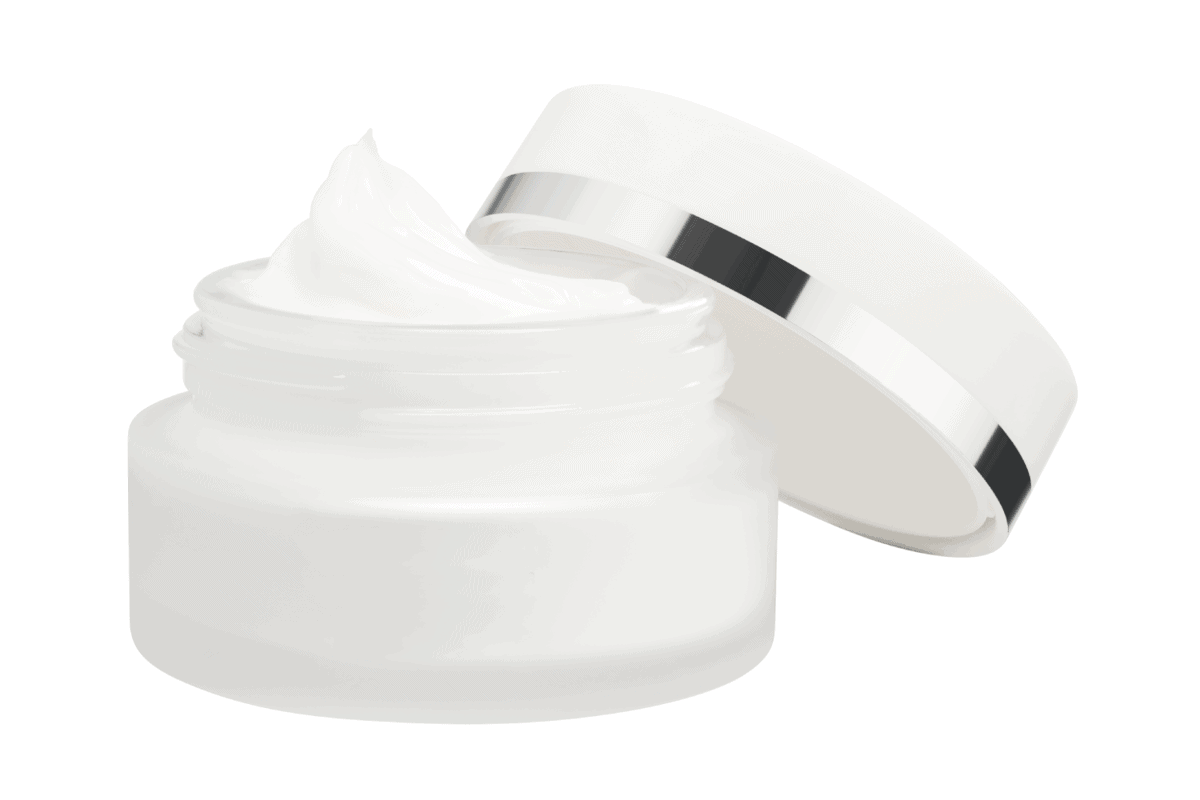 In the end, healthy skin can handle its own needs. Products such as moisturizers interfere with the body's natural response. Many experts believe these should be used sparingly rather than religiously.

If your skin is already dependent on moisturizer, it can take up to a month to break the cycle. Skin goes through a process as it is replaced. For this reason, it takes between two weeks and a month before there is new skin on the surface. Until that happens, the skin that is used to heavy moisturizers will still expect it. The skin may feel dry as you adjust to going without.

Of course, some people have conditions like eczema. For them, this advice won't apply. Because the skin, in this state, isn't functioning properly, it needs interventions. You should always follow any specific treatment plan by a medical professional. If lotions are recommended in this case, then use them. 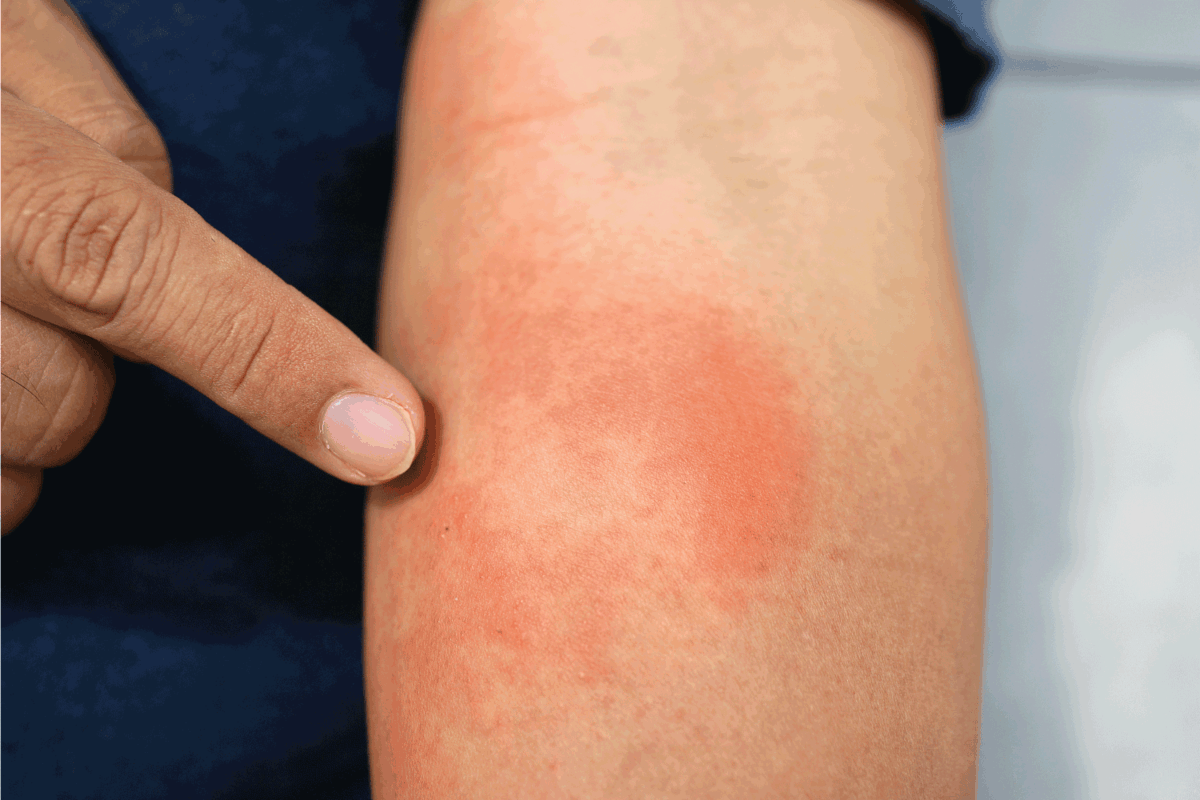 However, for the average person with healthy skin, the best thing is sometimes to do less. It isn't bad to use moisturizer once in a while. A little boost here and there to keep skin hydrated won't hurt. But using it daily probably isn't improving your skin as most people expect.

Skin can go haywire when it's overwhelmed with moisturizer. As a general rule, moisturizer should absorb in the skin fairly quickly. It if sits on the surface of the skin for a long time, you're probably applying too much. Similar signs that you're overdoing it include:

How Many Times A Day Should You Moisturize? 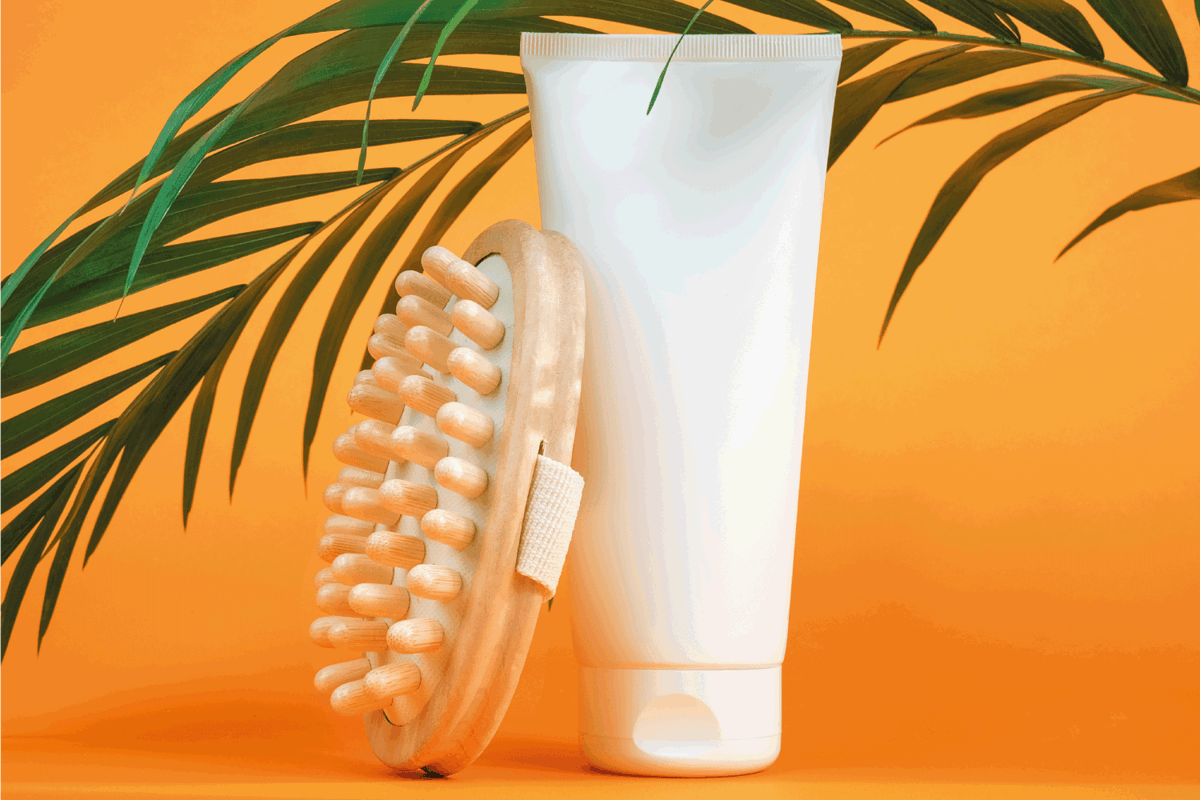 Some people are dedicated to keeping moisturizers as a regular part of their routine. And, some professionals and make-up companies remain in favor of it. The general consensus, in this case, is to do it twice a day. If you do it morning and night, your skin will remain relatively even throughout the day.

Should You Moisturize After Your Shower?

After the shower, many people are familiar with the old belief that they should use moisturizers. This locks moisture onto damp skin. This is also when it is most easily absorbed. While this is the right time for skin treatments, lotion may not be the right one.

Post-shower skin is more absorbent.  But moisturizer may not be the cure-all that many people think it is. First, it's worth determining if your skin is even dry. Many people are used to applying moisturizers every day. They never question if they actually need any.

If your skin is actually suffering from dryness, there are better options. Lotions, generally, provide less moisture than alternatives like ointments. The American Academy of Dermatology cautions people away from water-based lotions. They suggest products with oils like creams or ointments. The more oil in the product, the more moisture it can replace.

You may be more interested in specific skin concerns. If you're trying to fix a problem, find the right serum. After the shower is an ideal application time. Hyaluronic acid is highly recommended to hydrate and plump the face. Adding lotions over the top may actually reduce the effectiveness of serums. This is another good reason to skip lotion if you don't really need it.

Does Moisturizer Age Your Skin?

Using moisturizer as a habitual part of your everyday routine can actually make skin age faster. There's nothing wrong with occasional moisturizer. If your skin feels dry, a layer of moisturizer can soothe it. But using it daily with no particular need is, according to most dermatologists, unnecessary.
Moisturizer tricks skin into producing less hydration on its own. As a result, the production of collagen and elastin slow as well. The fibroblast cells responsible become sluggish and lazy. This is due to over-moisturizing. The skin stops doing its own work to keep itself healthy and supple. This can cause premature aging.

But My Skin Feels Rough and Dry

Chances are, your skin doesn't actually need moisturizer. What it needs is exfoliation. Dead skin cells cause a rough sensation. This is easy to mistake for dryness. Moisturizer is a temporary fix. It does plump up those dead skin cells for a short time. This results in the mistaken belief that you've fixed your dry skin.

Actually, all this does is keep the old, dead skin cells intact. The short-term effects of the moisturizer fade. This leaves behind dull, dead skin. This tricks most people into believing that they need to rejuvenate with another layer of moisturizer. We already know what a vicious cycle this is!

Try exfoliating instead. By removing the top layer of dead skin regularly, you'll give your skin a healthy glow. In many cases, this is more beneficial than a moisturizer. To learn more about how to exfoliate, try: "Does Body Scrub Exfoliate Skin?" or "5 Great Body Scrub Alternatives To Try Out." 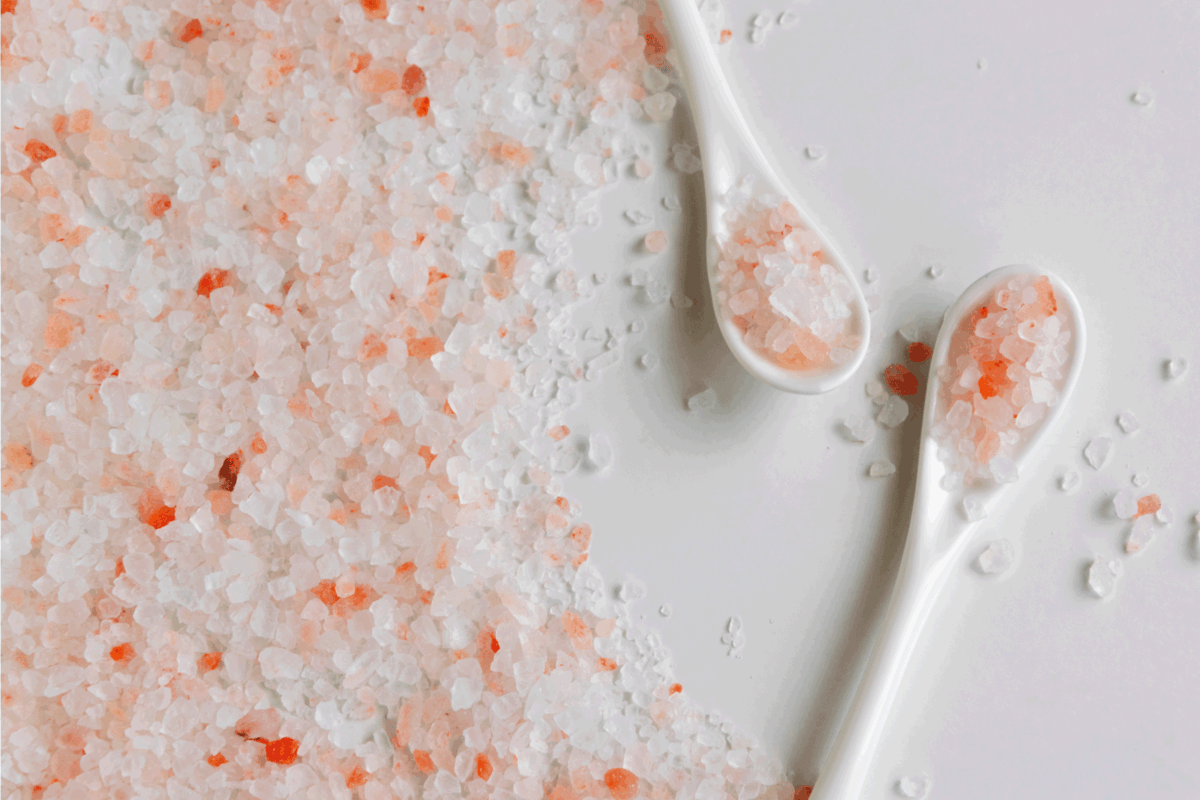 There's nothing wrong with using moisturizers occasionally. Sometimes skin just needs an extra boost. Typically, however, the skin should be able to keep itself hydrated. You should evaluate whether you really need it or if it's just part of your daily routine.

Using moisturizers too often can age skin prematurely. It causes the skin to stop producing its own moisture. This also causes collagen and elastin production to slow. Over-moisturizing can also make skin oily, clogged, irritated, sensitive, and prone to breakouts. For dry skin, replace moisturizer with a hydrating cream or ointment. If the goal is correcting a specific problem, try a serum. Hyaluronic acid is a popular choice for keeping your face smooth and young.

10 Types Of Body Scrubs And Their Ingredients

Should Eyeliner Be Thick Or Thin? [A Complete Guide]

Do You Use Sunscreen Before Or After Moisturizer?