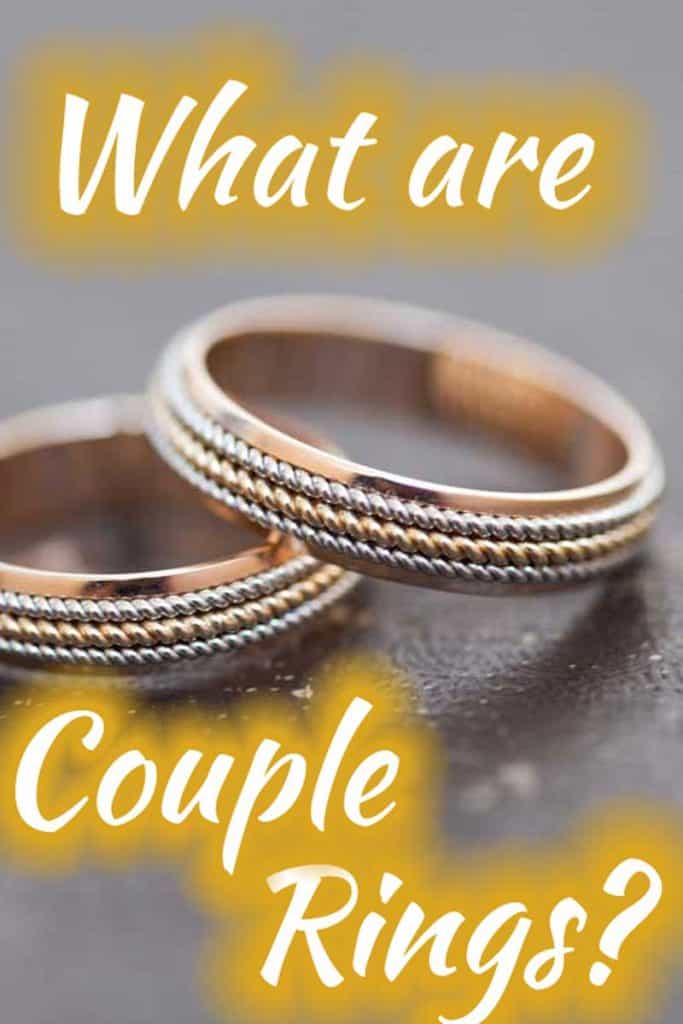 Couples living in the West have their own romantic ring traditions. There's a trend in Japan, however, that may be making its way across the ocean. What are couple rings, and how are they changing the jewelry habits of couples all around the world?

Japanese couple rings provide young, burgeoning couples with an individualized and elegant reminder of their partner on a daily basis. They don't carry the same significance as engagement rings, but they do represent a promise made between the two applicable partners.

That makes them the same as Western promise rings, though, right? Not quite. Couple rings have several similarities to the West's promise rings, but the meaning isn't the same. Let's dive into the semantics of couple rings.

What Are Couple Rings?

Western couples typically utilize three types of rings over the course of their relationship: a promise ring, an engagement ring, and wedding rings. Promise rings are frequently exchanged between younger couples and represent a mutual interest in eventual marriage. Engagement rings solidify that promise, and wedding rings represent the commitment the two parties make to one another.

Couple rings supplement promise rings in Japan, and they do not bear the same kind of future significance. They can be worn by friends or by partners and represent an attachment of some sort, be that romantic or otherwise. Most often, though, you'll see a younger couple exchange couple rings on significant dates to represent their commitment to one another. There's no promise of marriage, of course, but rather an acknowledgment of the mutual attraction and love the two feel for one another.

The History of Couple Rings

Couple rings and promise rings both have a well-established history. While many might attribute the "commitment" trend to the "slow-to-marry millennial myth", rings with meanings similar to the couple or promise rings appeared as early as 1576. The posy ring arose in Europe in the 16th century and was used to express affection between two parties. These rings did not substitute for wedding rings, but they were frequently engraved with lines from romantic poems or short messages from one party to another.

Posy rings were eventually supplemented by the Victorian acrostic rings, which reflect our modern wedding rings - with a twist. The gem attached to these rings - primarily opals, lapis, or emeralds, would spell out a secret message when refracting light.

These rings - and the rings that came after them - serve two purposes. As mentioned, they represent a connection between the two wearers, be that connection romantic or otherwise. They are also notably less expensive than a proper engagement ring. Today, it's much easier for someone to buy their partner a couple ring than it is to buy an engagement ring, making the trend all the more appealing to a younger audience.

When To Buy Couple Rings

The last thing you want to do, however, is spring a couple ring on your partner without prior conversation. Make sure you've spoken with your partner beforehand. They'll need to be open to wearing a visible symbol of your relationship and certain that the ring isn't an engagement or promise ring.

Your couple ring should reflect the personality of your partner and the mood of your relationship. Want something silly? No problem! Want something serious and elegant? Totally doable. Take a look at some of the couple ring options you have available to you:

If you like engraved messages on your rings, as well as fun colors, a "Her King, His Queen" or variation thereof makes a great purchase. You can find rings of this sort for affordable prices on Amazon.

There is a similar style of ring available for couples who are as in love with Disney as they are with each other. The "Her Beast, His Beauty" rings are also available through Amazon and include engravings of Belle and her beastly husband (and yes, Disney fans, we know his canonical name is "Adam.")

If you're looking for a more elegant couple ring, why not invest in one made out of sterling silver? This crown-like ring is perfect for a partner who likes the finer things in life, and it reflects a more serious, romantic tone without breaking the bank. You can find this ring and other rings of this caliber for affordable prices on Amazon.

How Do You Wear a Couple Ring?

Unlike engagement rings, there is no official finger couples should wear their couple rings on. Romantic rings can, of course, be worn on the left hand's ring finger. However, to prevent onlookers from confusing a couple ring with an engagement ring, many wearers chose to keep the ring on their middle finger. People who often work with their hands can also wear the ring on a chain around their next to prevent damage or injury.

It's also advised that friendship rings be worn on the right hand to prevent romantic confusion. In Japan, specifically, the presence of a couple ring can put off other potential suitors. If you're looking for a partner but want to support your friendship with another person, make it clear with your ring placement that you're still available, but also a loyal friend.

How Many Rings Are There In A Relationship?

Romantic relationships generate a different number of rings based on where they're taking place. In the West, for example, these relationships typically see three rings: the promise ring, the engagement ring, and the wedding rings.

Japan, however, adds a few rings to that process. While the promise ring exists in Japan and has some appeal, the couple ring takes majority preference. Additionally, couples will see engagement rings and wedding rings. However, there is also a nyuseki yubiwa, or marriage registration ring. Because the wedding party doesn't actually legally bind two people together, Japanese jewelers argue that couples deserve another ring for when they complete their marital paperwork. These rings can appear prior to a wedding or after a wedding, but they represent the final commitment two parties can make to one another: that of legal entanglement.

So, should you invest in a couple ring for yourself and your partner? That depends on the state of your relationship. If you've been dating for a long time and think you'll be married in the future, you may want to forgo a couple ring in favor of saving up for an engagement ring. However, if your relationship is new and you're looking for a way to symbolize your commitment, a couple ring might serve you well.